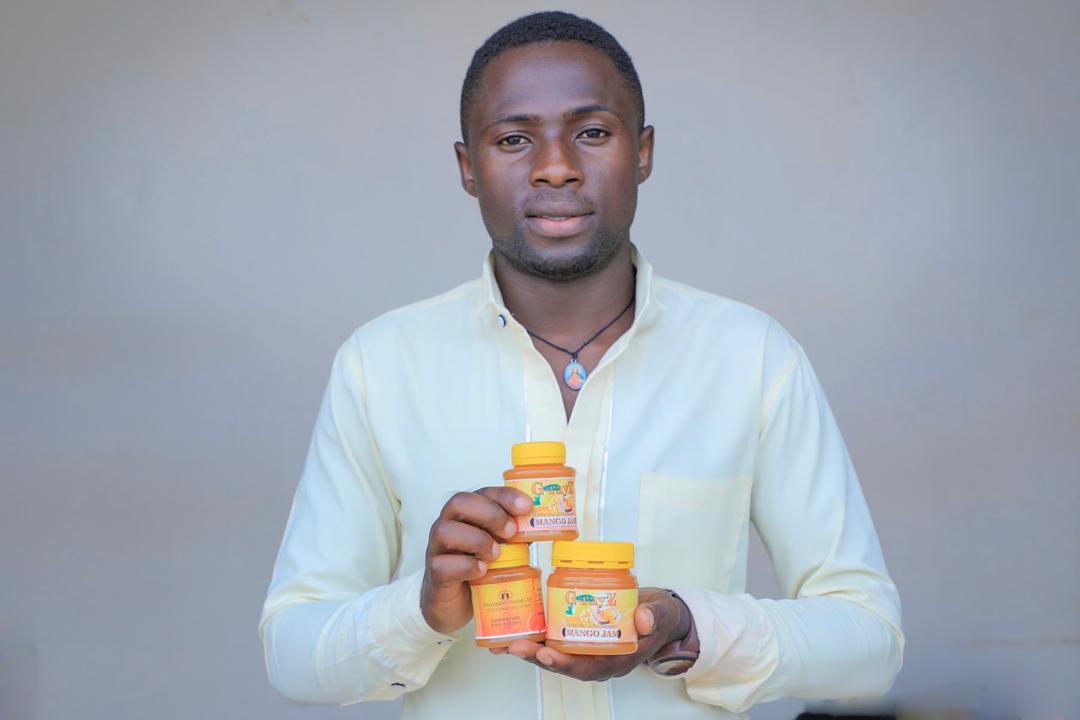 Raymond Mwesigwa has always wanted to be a businessman. Even after earning a university degree, his eyes were set on being his own boss as opposed to finding someone to employ him.

Upon the invitation of the community manager of The Innovation Village in Mbarara, Mwesigwa became a regular at the community events.

In March 2021, at an event dubbed “Value Addition,” he underwent training on how to add value to fruits. With a focus on how to make more products from Southern Uganda’s bumper harvests, he grasped the process of making jam from mangoes and tomato paste from tomatoes. This is all it took to kickstart his career as a businessman.

The 22-year-old from Nyamitanga Division in Mbarara City, is now the proud owner of four businesses selling mango jam, grape wine, cakes and fruit juice under the brand G-Ray Z.

“After the training, I quickly realized that this was a simple business to do and if well managed, I could reap big.  I went home with a lot of zeal to make the Jam myself and when I made a sample, I gave it to my friends to taste. Their feedback helped me improve the next sample and with time, my product got better. I began selling 50gramme tins of jam in the neighbourhood and the positive feedback launched me into the business I have now,” Mwesigwa narrates.

He contacted hotels and restaurants around Mbarara city to establish supply links with them as well. He also built relationships with fruit farmers who began supplying him with their products to sustain his business.

While business was going well, the lockdown happened and his sales went down. This setback only prompted Mwesigwa to supplement his business with more products. It is then that he started producing the juice, wine and cakes in addition to the mango Jam.

“During the lockdown, people did not have a lot of money. I wasn’t making many sales but I wasn’t discouraged. I attended a few Founders Labs and other training sessions which I enjoy at The Innovation Village. At these training sessions, I find a lot of encouragement and ideas from other business people,” he says.

After attending the Tech and Creatives Event at The Innovation Village Mbarara where digital experts encouraged participants to use online tools for marketing, Mwesigwa started promoting his products on WhatsApp and Facebook. This, he says, has helped him tap into a bigger market.

One challenge persists, however.  He has discovered that people are accustomed to buying products like his after watching an advert on television. They consider products like jam to have more credibility if they appear in television adverts so Mwesigwa has had to improve his marketing efforts. The next step is for him to seek certification from Uganda National Bureau of Standards (UNBS) and build trust in the market.

Overall, Mwesigwa says the journey has been rewarding with the initial capital of Shs 52,000 invested In March having grown. On a daily basis, his profit margin is Shs20,000 which translates to Shs 600,000 per month. With this, he is able to meet the cost of personal needs while saving some for re-investment and business expansion. He has also employed four people.

He credits this progress to research and dedication. “I’ve dedicated 100 per cent of my time to jam making and researching on how I can make my products better.  I consult people in the industry while moving around supermarkets trying to establish marketing and supply networks. Right now, people are hesitant to buy my products because they are not yet certified by UNBS but at least I get advice that helps me in improving my products,” Mwesigwa says.

He continues to attend The Innovation Village entrepreneurship start-up trainings and he acknowledges them for inspiring him each time.

Currently, his products are also hosted on The Innovation Village digital platforms like the Omwoleso market place which have helped him access customers beyond Mbarara. Mwesigwa is now working towards buying machinery to aid in the production of his products and plans to expand to neighbouring districts like Isingiro and  Ntungamo.

He remains very optimistic that the platforms and continuous training sessions provided by The Innovation Village will help his business to grow more resilient and larger.

“I am fully employed, there is no need to seek employment elsewhere,” the 22-year-old graduate says.

Mwesigwa’s seven-month transformation is the manifestation of a long-held belief by The Innovation Village that young people are capable of initiating change.  All they need is mentorship and platforms. In the East, North, West and Central, The Innovation Village through its NextWave program that is supported by the Mastercard Foundation, provides the resources needed for young people to solve personal, communal and national challenges.

These resources include markets, capital, mentorship, factories and networks. The result is a surge of innovative solutions from empowered young people who change their community while providing dignified work for themselves and others. 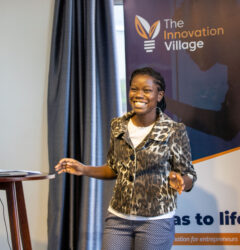 How A Business Foundations Course Is Transforming 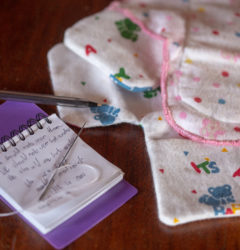 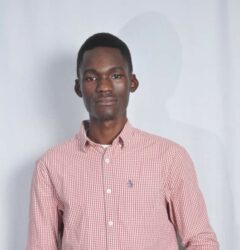