A MOMENT IN ASIAT’S TOUGH LEATHER SANDALS | A story of young shoe makers in Mbarara. 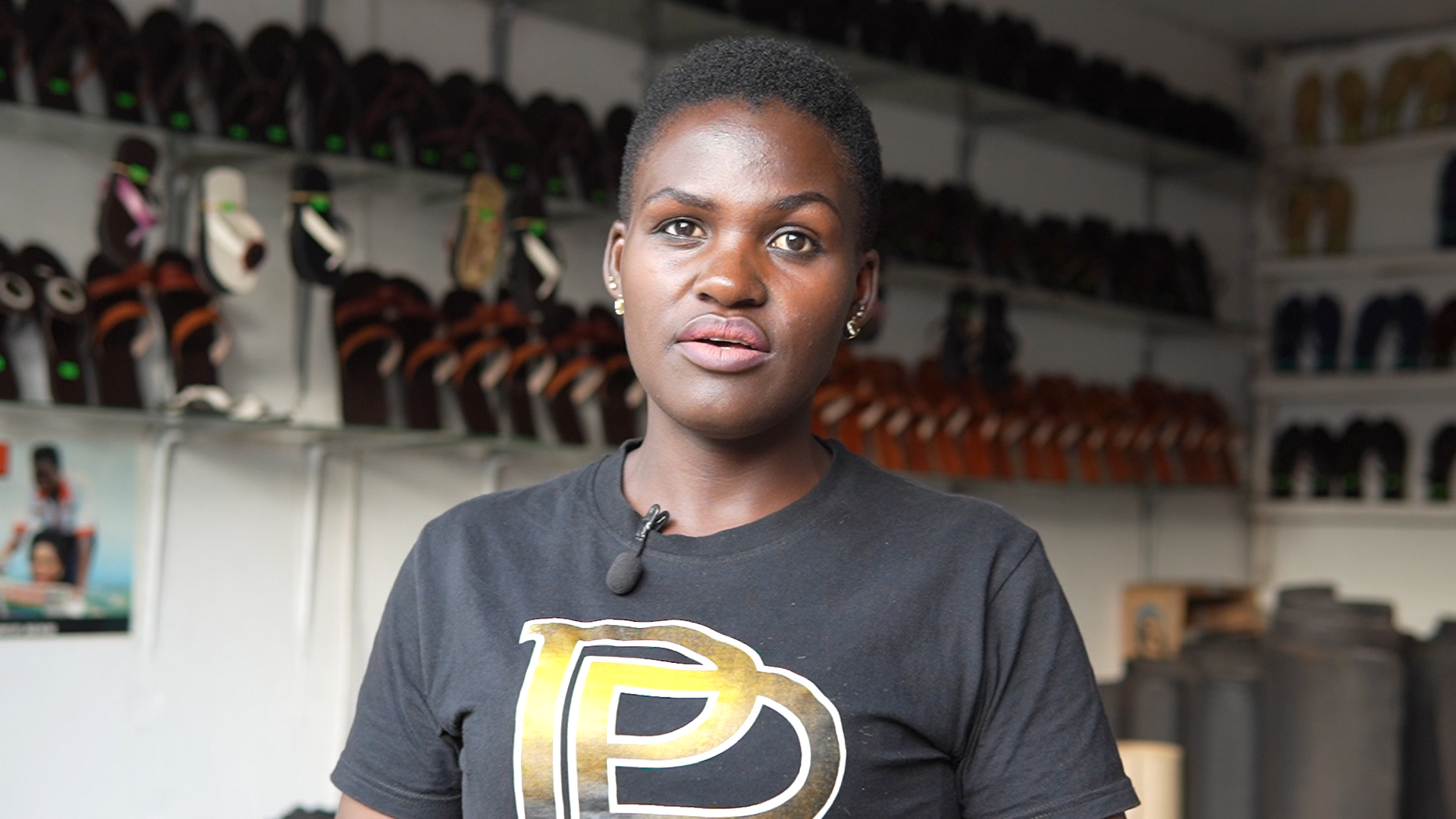 The scent of leather and shoemakers glue fills the air of the workshop where we find 28 year old Asiat Gamba and many young faces working away in the heart of Mbarara City, western region of Uganda. Theirs is a crafts shop that has been hand-making leather sandals, bags and belts since 2012. Speaking with confidence, it’s easy to assume that Asiat is the owner of the shop and yet even though she co-founded it with a friend, Asiat says all the 11 women and 10 men who work at the shop have equal ownership of it. The name of their shop is Lugazi Youth Group, which they named after Asiat’s hometown because everyone employed in the business comes from that town.

After finishing tailoring school, Asiat and her friend opened up a sandals workshop and as the business grew, they drew in friends who seemed to be in a tight spot after school, because they were either single mothers or dropped out of school or simply out of work. To make a quick buck or a livelihood, they would join them, in trimming the leather, making stitches in the sandals or even vending them on the streets. Those friends eventually became full time workers and part time investors in the shop as they contributed money to buying the various materials and this is how everyone becomes not just an employee, but a partial owner of the shop. As their market in Mbarara increased, they took their leather sandals beyond the borders of the town and went to Kampala. Asiat says that at some point, they sold in Kenya, before transportation and coordination made them pause that route. 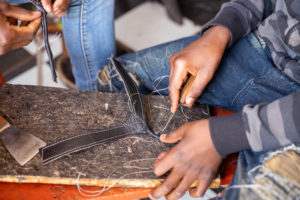 Asiat’s tone and aura is that of optimism about the potential of Lugazi Youth Group and its impact on the people around her. For her peers in the business, the work has become a source of livelihood especially when they hit hard times. Asiat and her team have gone to train shoemaking to Prisoners in Mbarara who are about to finish their sentences as a way of equipping them with a skill after the life of incarceration. Asiat’s optimism about the future of the business and the group is infectious enough for one to believe that there is no limit to what she can achieve and yet, at the time of meeting Asiat, the workshop sits under a looming threat.

“If you come next week, we don’t know if you will find us here” Asiyat breaks it to us. She says that they are behind on five months’ worth and are expecting any time from now to be sent out of the shop if they do not pay up. The reason for this is the pandemic and the lockdown guidelines from the government which were meant to flatten the curve and as a result, businesses like Asiat’s are losing market and revenue. Many workers in Lugazi, especially young men, have left the business to go into shady criminal deals to make a quick buck because business here is no longer good, Asiat confesses to us.

Before this, Asiat mostly dealt with the challenges of competition from Chinese products that flood the market and go for peanuts especially in the instance of their flagship product which is leather sandals. The Chinese sandals even though they are cheap, Asiat says that they have no durability compared to their product. She makes us feel a sandal from the shelf that she puts through different forms of strain at fault lines to prove to us. Asiat says regardless of the challenges, she has unwavering faith in the ability for the business to grow beyond its current borders because she trusts the quality of her product and she believes in its relevance given how impactful the business has been to young people in her hometown.

Asiat believes that new markets would do wonders in increasing their revenue. However, a game changer would be some machinery that helps them make more shoes in a day because currently each person makes about 20 shoes a day. She asks us to imagine then, how much more and how much faster they could produce if this was made possible given what they have managed to achieve so far. On our visit to Mbarara, The Innovation Village was thrilled to support Asiat and her team with their rent and are in the midst of procuring a machine for their use. Additional services and business support training will be provided for Asiat and the fellow members so ensure that they are able to realize the true extent of their vision and begin to take the steps towards realizing it immediately. 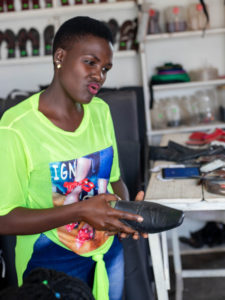 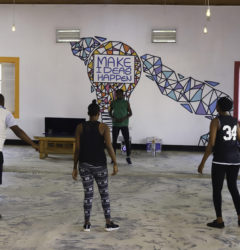 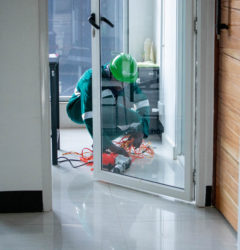 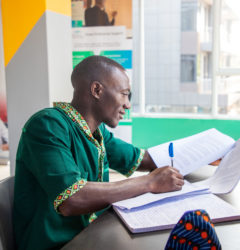 Bitum Is Reviving His Dreams Through Tukole